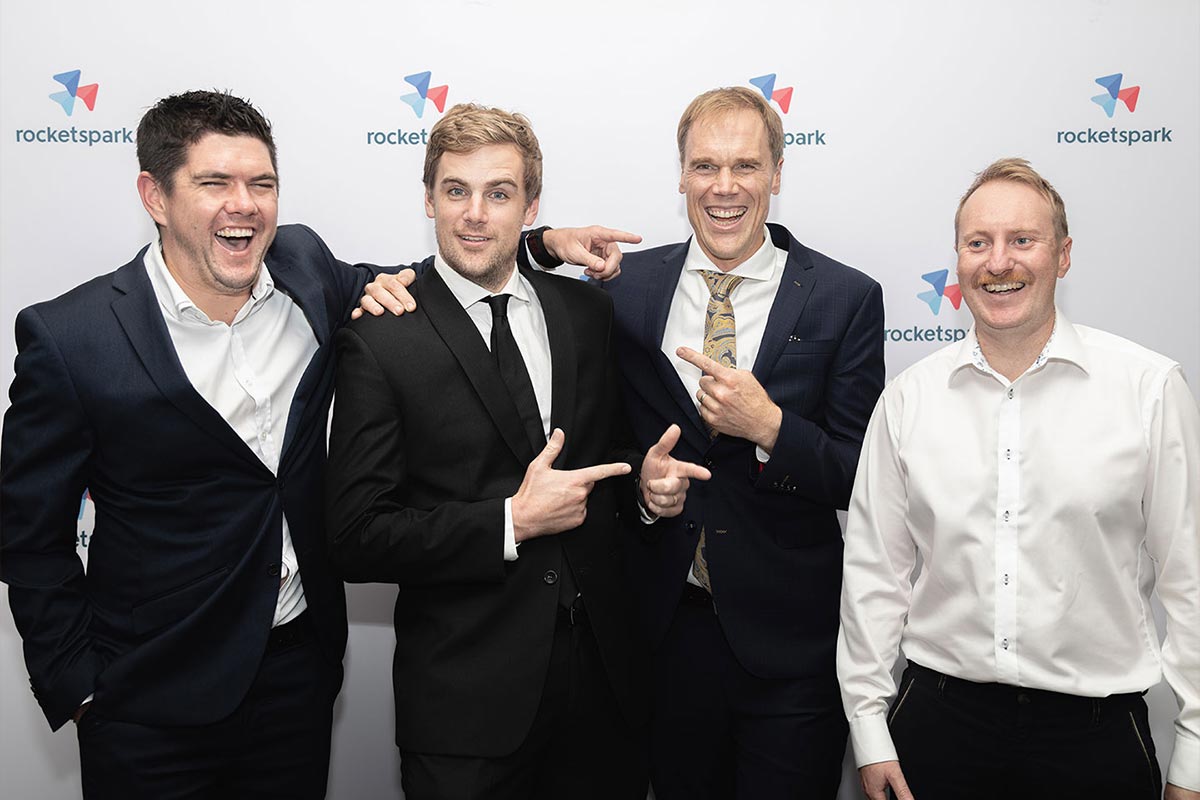 “Each lockdown is a busy time for us. There was a really significant spike in our business from April through to July 2020, and we’ve seen it continue with further lockdowns in NZ and abroad, as businesses look to lift their e-commerce game,” says Johnson.

“It’s amazing to witness and support these innovations – whether it’s restaurants creating an e-commerce website to sell takeaway ready meals, or fitness studios transitioning to online subscriptions for virtual classes.”

While Rocketspark might have been riding the wave, years spent honing its product and operation meant the business was well positioned to catch it.

“This partner model is a key accelerator of our growth,” Johnson explains. “You might have one graphic designer who creates just a website or two per month for clients, but for us the lifetime value of each of those customers is valuable.”

It was in the midst of another crisis – the GFC – that Rocketspark launched in 2009.

Johnson’s brother Jeremy – one of Rocketspark’s four co-founders – designed websites for small businesses, and the founders noticed most required the same features.

“We thought ‘what if we could automate these things that most people need?’”

While DIY website-building solutions were already on the market, the options weren’t always as easy to use as touted – and had little customer support available if you got stuck.

“We also noticed they didn’t lead you towards best practice; they created something that looked like you probably shouldn’t have built your own website,” says Johnson.

“It’s almost embarrassing now how naive we were – thinking, ‘yeah, we can do this better than these really large businesses’ – but we just set about doing it.”

Key to building its customer base, says Johnson, has been a ‘fanatical’ approach to building easy-to-use software.

“We started getting these non-technical graphic designers using the software – the vast majority of them women, often working at home with young children. They’re busy enough already, don’t want any hassle, and if they do get stuck, they want someone to call.”

“We realised our business wasn’t just about creating software for them; it was about helping them be successful in their own businesses.”

The business now runs a conference for this community of registered design partners – who’ve dubbed themselves ‘Rocketsparklers’, and currently number around 1,000 – covering everything from pricing jobs, to design best practice, as well as providing other resources like digital classes and blog content.

Importantly, a loyal community has helped steer the software development path, and Rocketspark has been able to accelerate this thanks to Callaghan Innovation.

The review revealed the business was spending substantial time testing new software features, which could instead be automated by building testing into the code.

“That fundamentally changed our development process; testing is much more automated and we can launch a new feature without having to manually test everything.”

Craig Shipman, a Callaghan Innovation Business Advisor who works with Rocketspark, says the business has successfully leveraged support from others in NZ’s innovation ecosystem. It has worked with BNZ technology company specialists to gain a working capital facility, for example, and accessed a forecasting expert via an introduction from Icehouse CEO Gavin Lennox.

“Because this project was research-oriented, it was risky for us as a self-funded business to take on. Callaghan Innovation’s support to take on interns helped us de-risk the project, and meant we could work on something more innovative.”

Most of the students supported by the grants have continued to work for the business part-time, and two are set to join after they wrap up their studies.

Rocketspark has users in 27 countries, with around 70% based in NZ, and the rest predominantly in Australia and the UK. The business recently received coinvestment from NZTE’s International Growth Fund and is about to hire a partner manager in Australia – its first offshore-based sales role.

“People often say markets offshore are so different, but in the small business sector, particularly in the sections where we work, we’ve found their wants and needs are very similar, so NZ has proven a great test bed,” says Johnson.

“As a subscription-based business, as we’ve gotten better and more competitive, we’re able to generate more revenue and create more jobs, so there’s a compounding return on the support we’ve received – which is also for the betterment of NZ.” 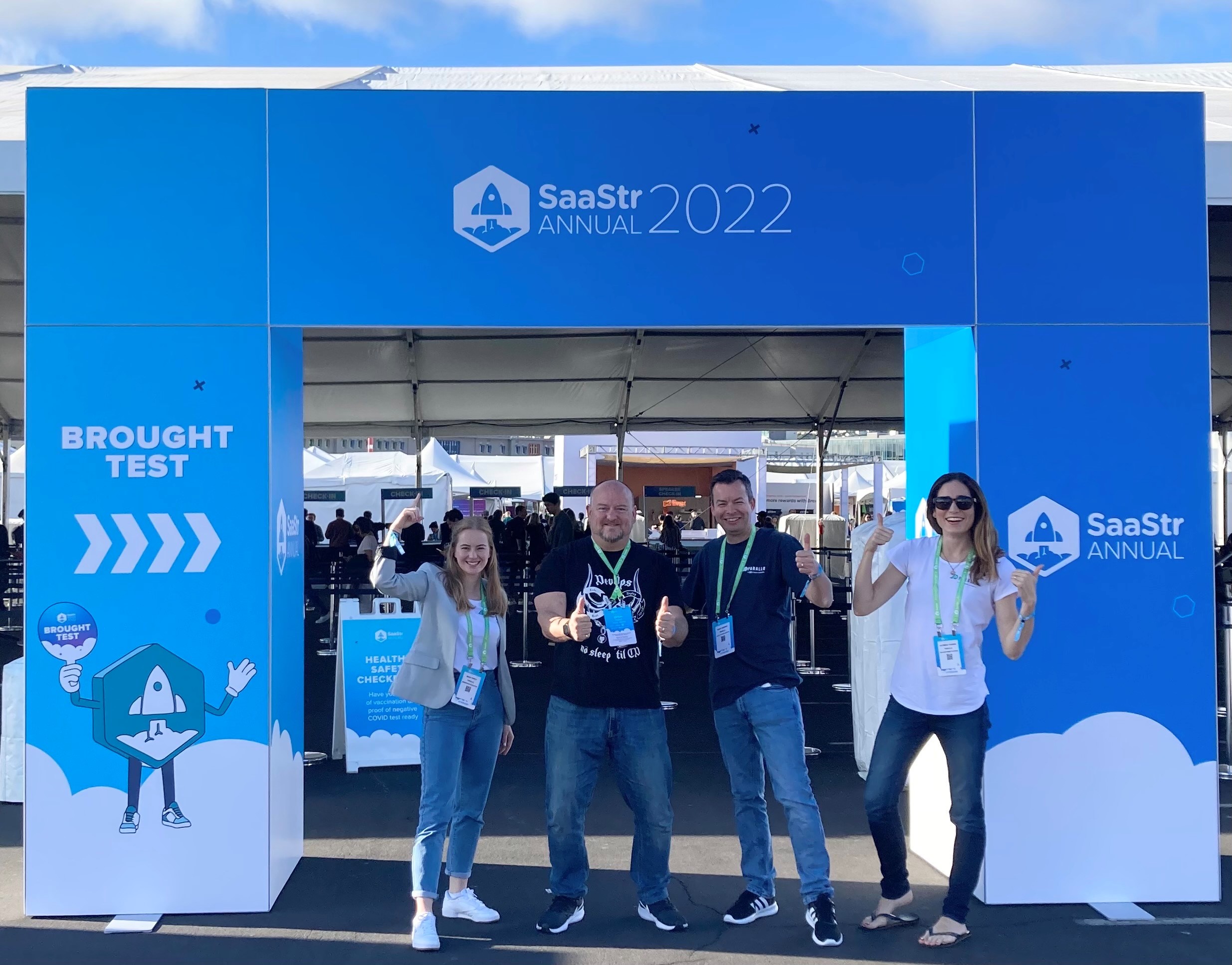 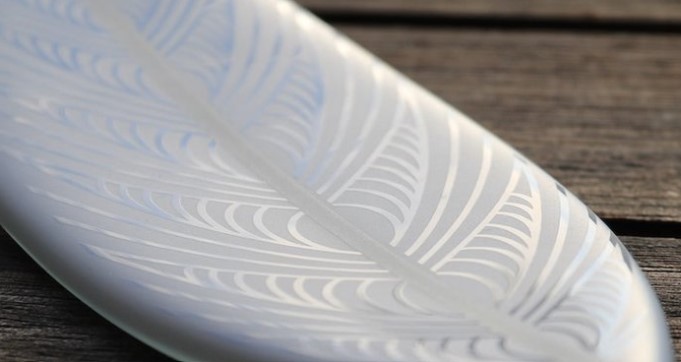 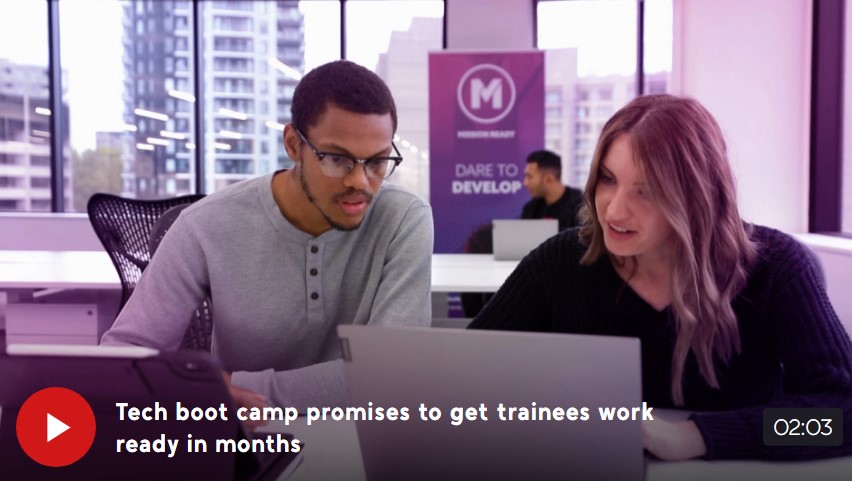 As the demand for tech skills grows, particularly in SaaS, so too are those deciding to change careers to take advantage of the higher-paid industry and its flexible working conditions. Watch TVNZ's coverage of Mission Ready's tech boot camp.
Read More

As the demand for tech skills grows, particularly in SaaS, so too are those deciding to change careers to take advantage of the higher-paid industry and its flexible working conditions. Watch TVNZ's coverage of Mission Ready's tech boot camp.
Read More
See More